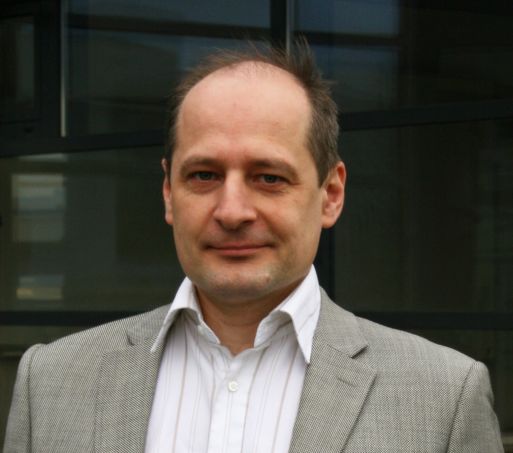 During the last year of my PhD studies I started looking for a job. I met PEC at a job fair in Budapest and after passing all the tests and interviews, the owners of the company offered me a job opportunity. I preferred to finish my PhD studies first, but I was a little bit worried about telling this and thus missing out on a great job opportunity. However, I found full understanding when I explained it and we agreed to meet one year later to sign the contract.

A year later I started as an Automation Engineer. From year to year I was involved more deeply into the activities of the company. Currently, I’m a Contract Manager.
I could reach this position gradually, gaining the knowledge and experience by means of participation in different projects.

During my studies I was afraid that the work of an Automation Engineer might be repetitive and could get boring. But it is not! Over these 15 years I never had such a feeling. With every new project the tasks are different and full of challenges, plus I do a lot of travelling for the job which gives an added value to your professional life. I visited many countries from the Far East to the US. Being involved in such international projects really contributed to the growth of my career.

I love the diversity of my job. Working on different projects always induces some new and challenging tasks. I had the chance to get involved with mechanical design, PLC and robot programming and 3D prototype printing. Being a programmer is a job with high responsibility, since we are responsible for the functional operation of a specific machine. During on-site installation we can see the machines work as a part of the production line. This really helps to identify room for further development and at the end it helps becoming a better engineer.

I found a very friendly and welcoming atmosphere in the office from the first day. In such a strongly international company as PEC, everybody is used to meeting foreigners, so integration could not be easier. I could work with and learn from my colleagues, who also became friends. Many of them have the same age and interests as me, which also results in out-of-work activities.

I received a lot of help to make me feel at home, especially during the first few weeks. I got acquainted with the know-how of living in Leuven, social insurance, etc. which is very important when you live in a foreign country. I consider myself lucky being part of a team of highly skilled, motivated, friendly people. As the company always presents career opportunities, I could not imagine a better workplace for a start or even later phases of my professional life.

I had the opportunity of working for PEC BE as a student during my master’s. From my first day, I was introduced to a very enthusiastic, supportive and welcoming atmosphere. Almost one year later, PEC contacted me with a job offer. I didn’t hesitate.

I started at PEC as a SAP Professional. Since I had no experience with SAP, I got an extended in-house training. Later on, I got the chance to work on several projects. These projects are always very different and give me the opportunity to learn a lot, providing new and challenging tasks. What I love most about my job, is the diversity. No two days are the same. I give general support and trainings to my colleagues, I report quarterly figures to the two owners of the company, and I implement new SAP solutions that support our users. Recently, I got the opportunity to travel to our PEC office in Shanghai.

In addition, I work in a motivating work environment with highly skilled, dedicated and friendly people. We get along very well and organize after-work activities regularly. So it’s been a great work experience for me so far!

During my Master’s, I had the opportunity to work at PEC North America as a student intern. It was a good and interesting learning experience and it helped me acquire industrial and practical skills to complement my academic knowledge. I did work then as a Support Engineer but my passion for Electronics brought me to the Product Development Team at PEC Belgium and now I work here as an Electronics Engineer. My main responsibilities include writing firmware, but I’m also involved in other fields such as PCB designs, simulations and testing.

Thanks to PEC’s global presence, I get to interact with people from all around the world. The opportunities to travel to other PEC offices and customer locations abroad, to help out the support team in production or installation activities, are really exciting and challenging. Moreover, they enable us to develop a commercial attitude and increase the usability of our systems. Besides that, we also have an international work force in our office in Belgium. My colleagues here are very friendly, talented and highly skilled, thus making the whole work environment enthusiastic, supportive and motivating. I was astonished how people were interested in getting to know about other cultures and backgrounds.

In short, my journey with PEC has been wonderful so far and a great pleasure. 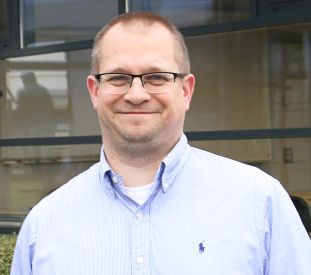 I started working as a Software Engineer and I was really attracted by the fact that this company had a broad spectrum of different types of engineers. They had a software department but also an electronics and an automation department.
For most of the projects these departments were closely working together to come with a completely integrated solution for the customer.

I really appreciate the growth possibilities PEC offered me. After 2 years working as a software engineer, I got promoted to project manager. This made me responsible for smaller projects or parts of bigger projects. After another 2 years I became Senior Project Manager, which made me responsible for the software development of our formation line system. Eventually in 2012 I got promoted to Contract Manager where I now report directly to the two owners of the company and where I form the main link between the company and our major clients.

Thanks to the projects I worked on in these positions, I traveled to different countries (China, US, Russia, Japan) and did I receive the chance to broaden my network by working together with several big companies.